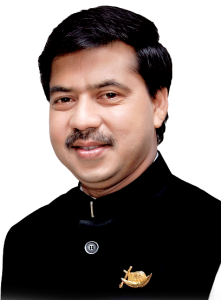 Professor Dr. Md Habibe Millat, MP, is re-elected as a member of the Bangladesh Parliament from Sirajganj-2 constituency for the session 2019-2024. He was also the Member of Parliament for previous session.

Prof. Dr. Millat, MP obtained his MBBS degree from the Mymensingh Medical College in Bangladesh and FRCS degree from the Royal College of Surgeons of Edinburgh. He is also trained in Advanced Cardiothoracic Surgery from Europe’s leading hospitals and in Harvard Medical School, Boston, USA. He has a number of scientific articles published in international medical Journals. He is married with two sons.

Prof. Dr. Millat has also been involved in numerous national and international organizations. He is also the champion of stopping child marriage and drug abuse, promoting health security for all, women and youth empowerment. All his current and former engagement mention below: